Empty room was developed in two separate instances placed in time several years apart.
The initially designed assemblage concerned the issues of communication in the age of internet and new technology, means in which power is executed in this new framework and thus a drastically changing existential base of a contemporary man.
Later on, a symbolic element pointing to recent political events was added. One could say the two stages in which the project was developed have drawn a parallel of the changing socio-political condition and its results.

Digital communication offers possibilities of maintaining various relationships on the scale not previously known to man, but also in the form which poses many changes to the core of what relationships meant to be. The title Empty room becomes a sort of allegory of that. The room in the title comes from a ‘chat room’, the adjective ‘empty’ being taken from a change of contact name in one of the contemporary communicators upon a block being executed. It is a ‘place’ in which communication and exchange of ideas can occur and in which new frameworks of power are established. In an actual place, communication and confrontation are different: it is where one has to confront one’s desires, embarrassments, urges, where communication cannot be abruptly stopped or censored. In fact, a chat room is devoid of place or to be more precise is a void. This virtual void offers a completely different framework: communicating through it removes or limits various self-constructing mechanisms. It becomes easier to say certain things, offend or attack someone in a chat because what one then faces, is this vast nothingness, instead of another man. When ‘communicating’ with a machine, e.g. AI of a smartphone the constraints in question do not seem to be in place. That is because communication with a machine is a communication between a person and a virtual void. And in this new context, many things become possible, like blocking someone and thus completely and instantaneously cutting off any means of further communication.

But it would be foolish to assume the void is empty and deprived of order (of power). Power is held by those who create and maintain that new space. Thus this new no man’s land where conversation occurs is by no means no man’s.

From this new situation, where technology has changed communication which will never be the same, a new man arises. He has one ear and two noses, he is a minotaur. The Empty room becomes his lair, the ancient maze which itself becomes a metaphor of this new man. In the virtual void into which flow otherwise restraint words, a new consciousness is born. And thus in this context the two issues, which ought to preoccupy arise: violence (exercising power) and freedom. And a singular man, alone, in-between.

‘Tutto inizio in un giorno di violenza’ is Alessandro Baricco’s paraphrase of the first sentence of the Illiad. It is intriguing the first extant work of Western literature does not begin with the story of love of Helen and Paris but with the raging war.
Anything that begins has to begin with an act [actio] (in which one exercises his freedom and power). An act can be always against something and thus could be said is characterised by violence (like pushing a chair which then falls over). But how can anything begin if the words reach the void instead of the real space, real man.

In a sense, the idea of the Empty room as the virtual void extends towards the virtual space in general. By virtual (reality) should also be understood man-made systems (environments), for example, an art space, space with a limited framework of prerequisites and available to a limited audience.

In such place any political discourse functions in a safe way for those in power, whose it would be otherwise opposing. A simple example would be social networking portals, where communities sharing similar views circulate opinions, on which within the group there is a consensus. Political statements within institutionalised art communities function alike in most cases. Any activism or political gesture remains preserved but also subdued within this framework.

And thus, within the Empty room, an element of the installation offers a ‘curatorial statement’ which can be taken along as one moves around the space, in that statement one can read only the title of the actual work: ‘Empty room’. The adjective is not to describe the condition of the space (being deprived of things), but the quality in which these things function, a peculiarity of the framework, the limitations of the discourse it can maintain and forms of communication it can offer. And it is so that, in this space of the little framework (on the contrary to the large framework of the world) the artist exercises his freedom of creation through a rather cryptic language and the contemporary Minotaur looks for his humanity.

Moving information from the physical to the virtual is one thing, but moving it back is another.
The artist has rewritten the Illiad from an ebook on a typewriter in a long stream (of consciousness). Virtual information has once again become tangible through the physical process of an individual bringing it back and as a result the ink in the typewriter run out and the living body wore off, and as such the story gradually started becoming illegible, with the final pages being practically empty. What remained was a memory of the original text and of the artist rewriting it. However, memory is not empty, it can only come to exist in the emptiness of a thing gone. When someone disappears, what remains is not emptiness, but a memory.

It is a memory of the Mouvement des gilets jaune, presented as it has already been over, the artist brings with his installation. However, this singular reference should be read in the narrative of historical references given by the artist throughout this and other works within his oeuvre. It is when we consider the Trojan war (neon, typescripts) with all the following events, that the political narrative acquires contemporary validity: July Revolution in France (fallen chair ‘barricade’), France’s 1968 (Sous les paves la plage) and 2018 Yellow vests.

The selection of events should not be surprising. The change of meaning of freedom during the course of the industrial revolution has brought first a great romantic discourse (romantic character struggles for freedom, and thus his existence becomes dramatic) and then, emancipation and liberalisation of social norms. It is 1968, being with its failed ‘revolution’ that brought another assault on freedom following with development of the neoliberal programme.
The story of the Trojan war, the events of 1968  and 2018 in France, all share a certain similarity. The sentiment for freedom, which one exercises in an act of violence. There is anger or frustration in that act, there are emotions, but what is lacking is discourse or programme. It becomes a playground at the walls of Troy. Empty room is a room where meaningful communication can no longer occur because the system proposed to constitute that space is too simple to carry its realities.

And so in all the mentioned instances, the struggles for freedom were accompanied by acts of uncontrollable violence. As much as a poetic slogan remains out of France’s 1968, or an allegoric painting of Delacroix commemorating an overthrow of power that was to only last 18 years, perhaps an image of a yellow vest dropped on the ground is what will remain out of France’s 2018. The idea, that out of the strife of the old only art and poetry would remain was expressed by Pasolini in his 1963 film La rabbia, which the artist borrows for his own film from 2013, where he quotes: ‘ of the terrifying world of the past, and of the terrifying world of the future, nothing remains but beauty’.
One thing is certain, the context in which the contemporary man finds himself with the ever sophisticated means of invigilation, manipulation of information and audience targeting will certainly require these ‘acts of violence’ to happen in order for him to retain freedom. This can only be achieved outside of the ‘void’ of both the discourse and action (or outside of the safety of an institution). However, the only remaining and worrying issue, was well expressed, again by Pasolini in the film mentioned: 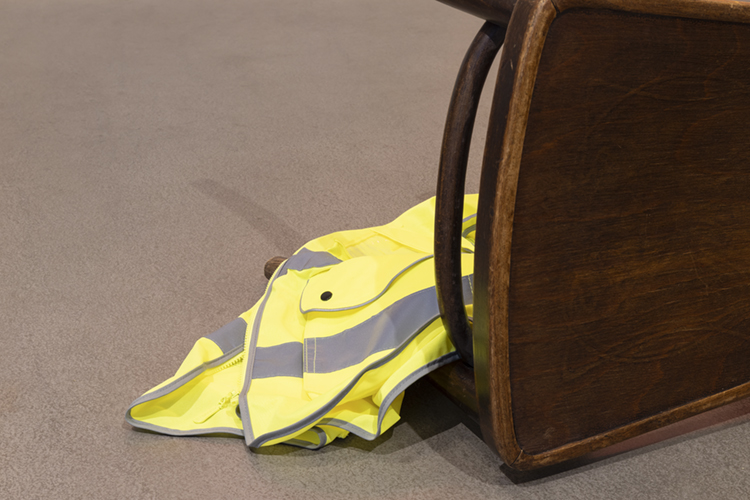 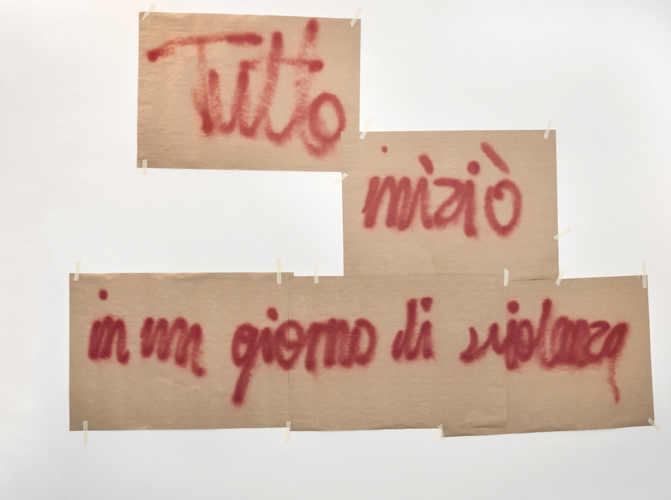 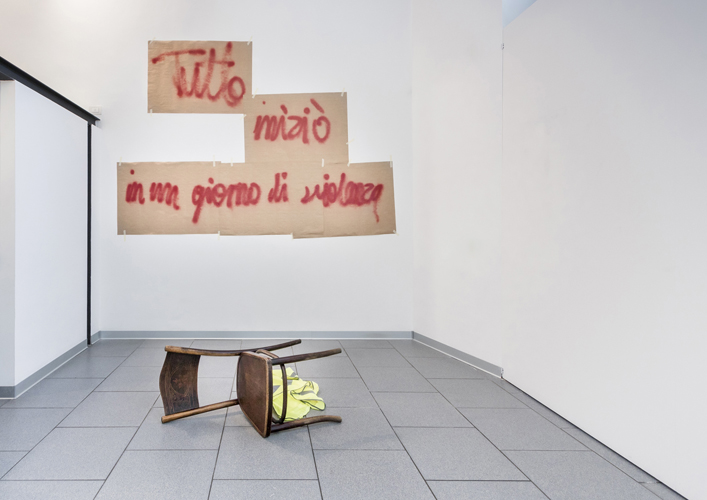 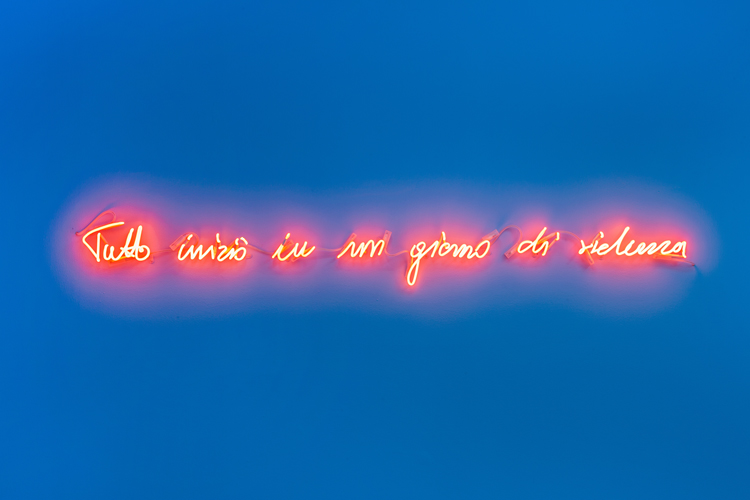 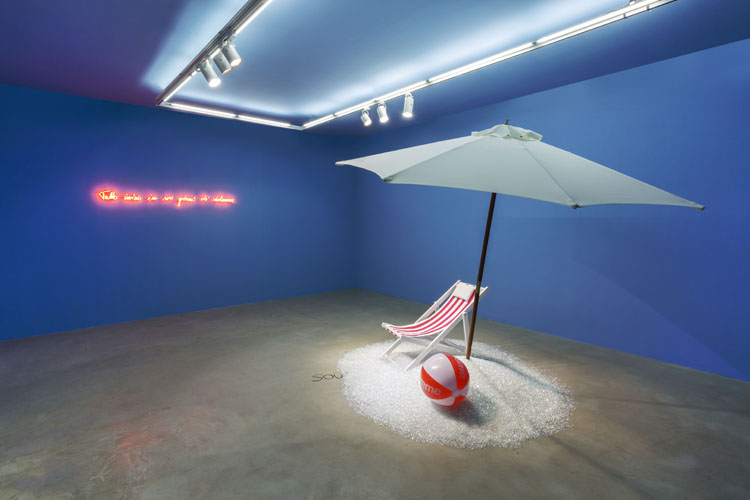 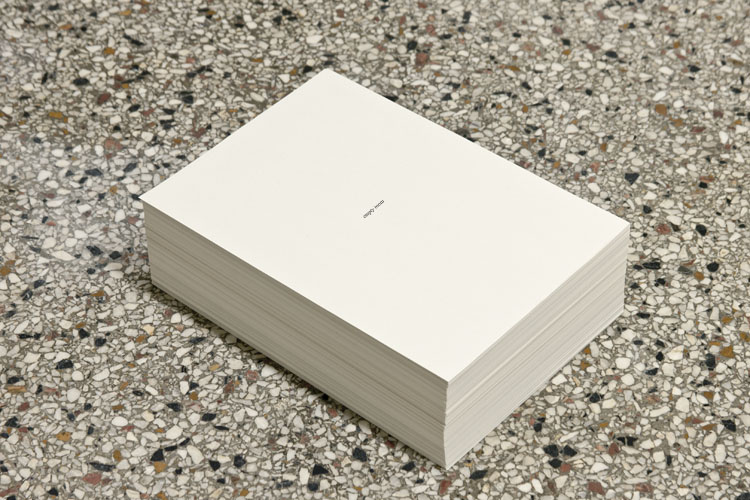 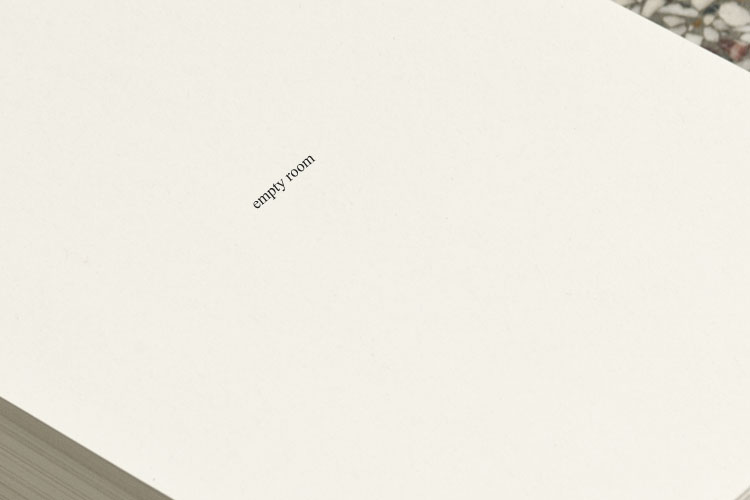 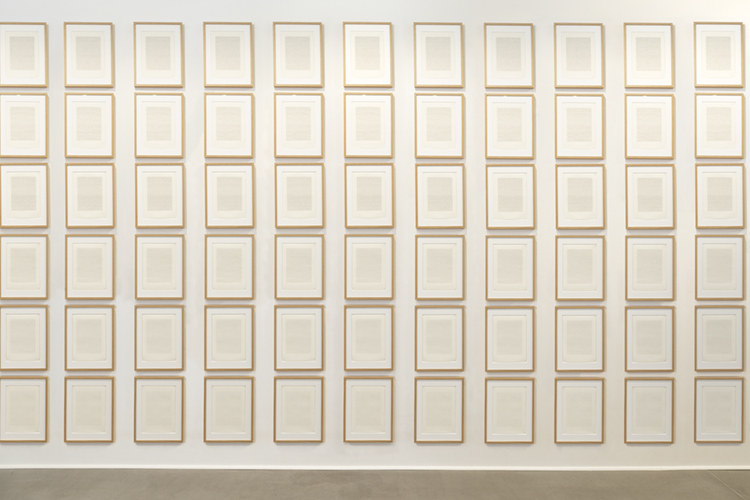 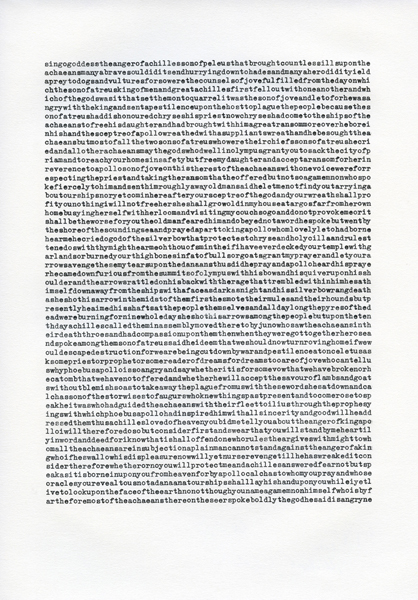 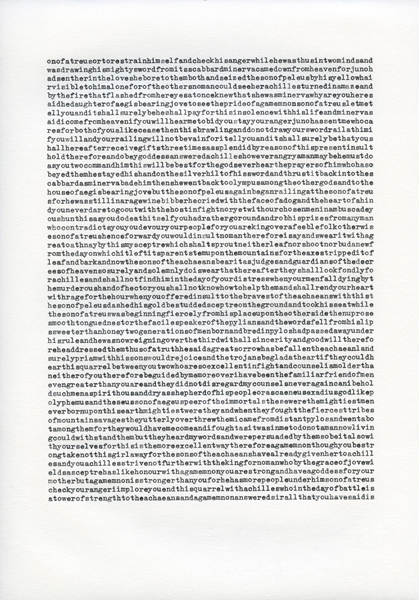 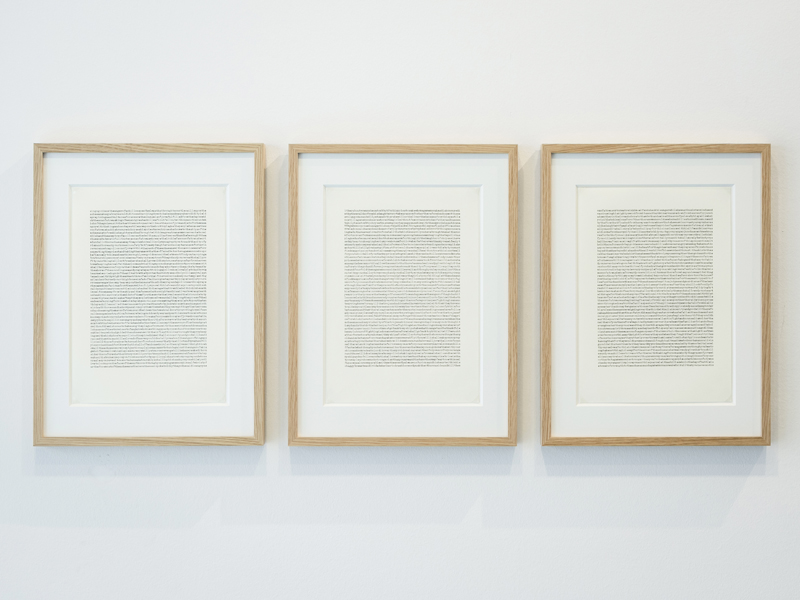 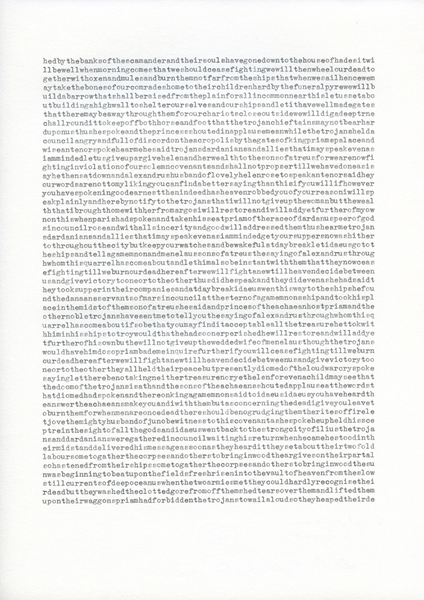 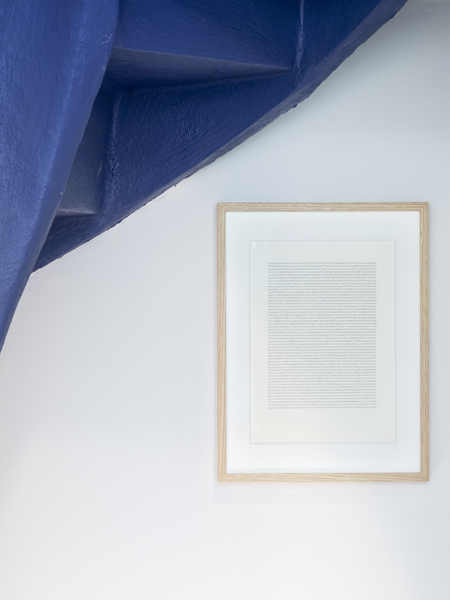 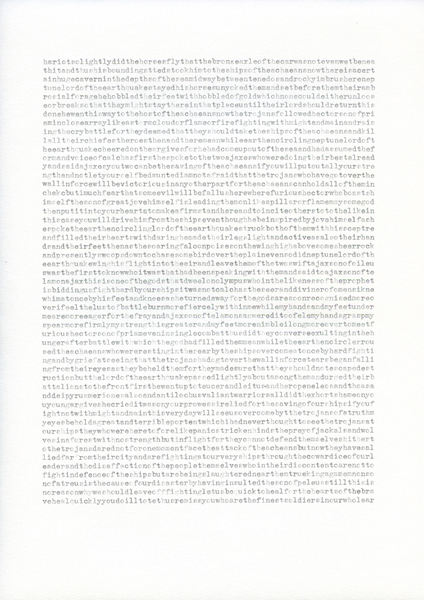 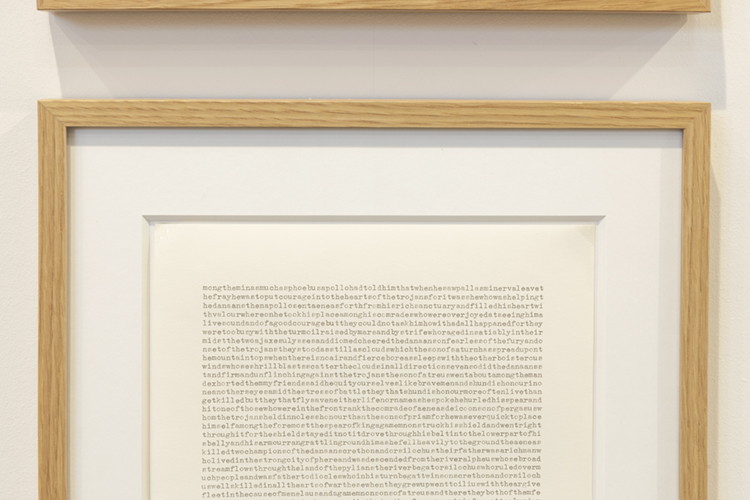 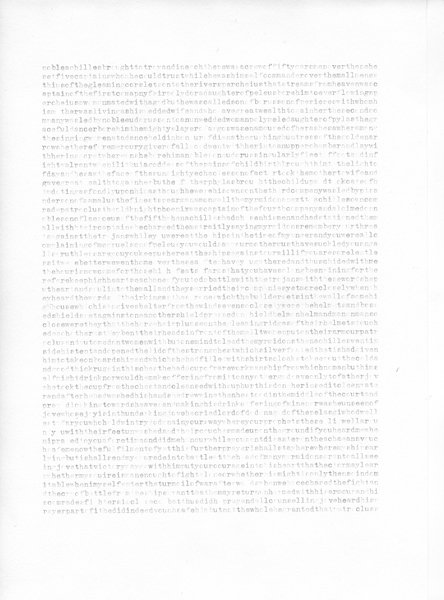