The installation has been inspired by the Japanese scroll painting-poetry and is in a way a visual development of this classic form. The two main parts of the composition of the image on the scroll always incorporate (and so are divided) into the upper and lower parts and named heaven and earth respectively. In fact, a visual poem consisting of the two characters signifying heaven and earth has been created by several artists throughout the history.

What is interesting is the heaven and earth as being the most primaeval concept of separation and a border. Indeed in most mythologies or religions distinguishing heaven from earth becomes the initial act of the world’s creation. In a way, this separation influenced several other of our beliefs and ideas: of this and the other world, of paradise and hell, of life and death.

The installation utilises elements representing both the sky (individual slides depicting empty sky) and earth (the stone). However here lays a certain contradiction: what represents the earthly realm and thus what is temporary, within the installation is constant and permanent (the stone). And what normally is considered divine and everlasting in the installation not only varies depending on the different time it was produced (the photographs of the sky taken at a different time are essentially of a different blue) but also (the slide) physically ages and fades away so that what remains is light itself.

The slides are in a way an element taken from another work – In memory. These colours of nature do not represent but re-present through the means of our imagination. What is imagined is, in fact, more real and true than what is seen. The horizon which we see, is in fact not there (as it is not within the installation, it remains in the title as a suggestion), as much as the sky we see is in fact just an empty space. 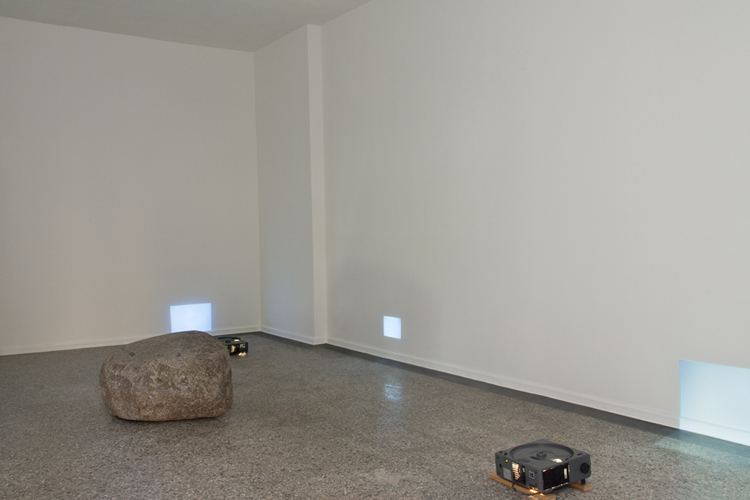 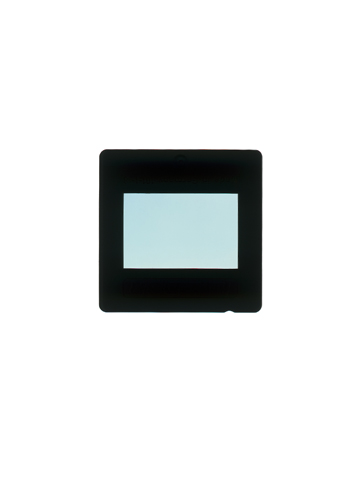 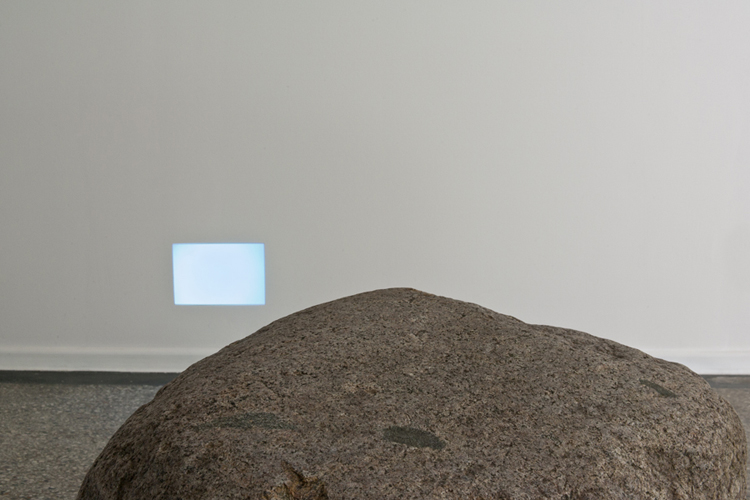 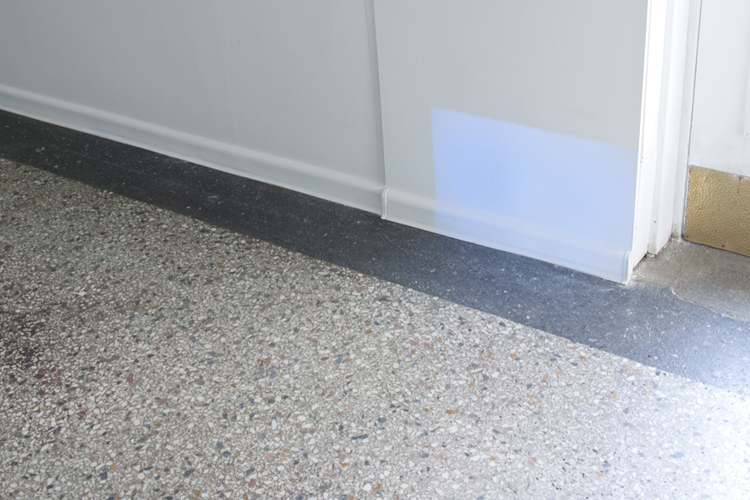 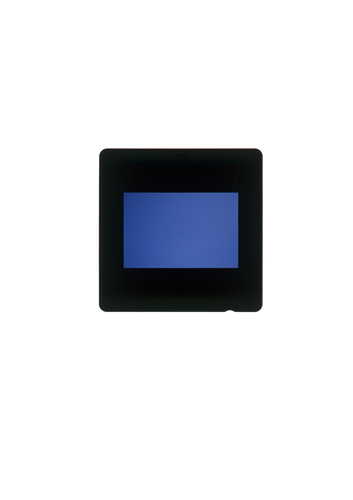 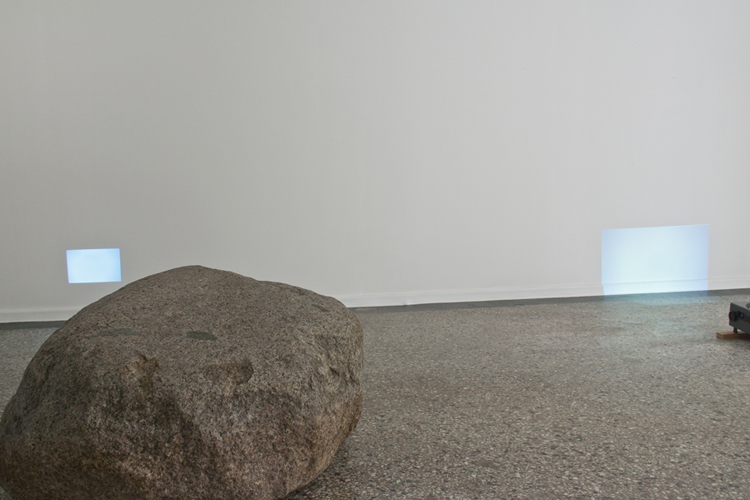 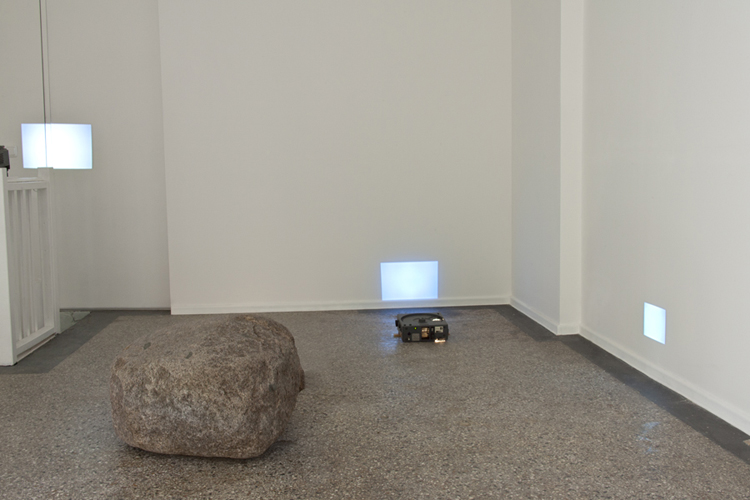 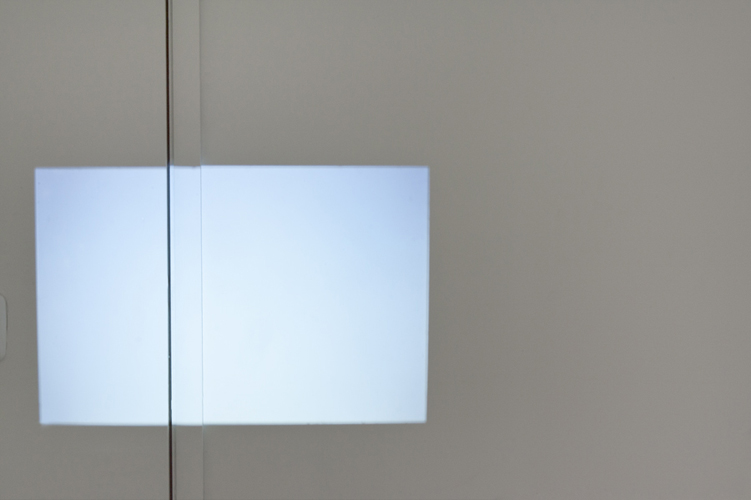 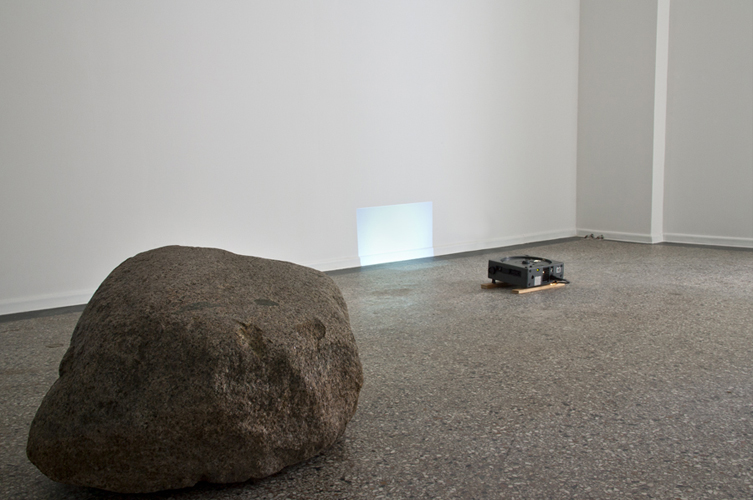