NN is part of a trilogy oscillating around the symbol of the thread and whatever else it may imply: line, writing, border.

The Polish words “nić” and “nic” mean thread and nothing respectively. The value of these two symbols could be considered opposite, which makes it similar to Giovanni Anselmo’s TUTTO. Both works are heading towards a certain unity and equilibrium, however, Anselmo’s work remains more structural and metaphorical than symbolic. And so the thread which culturally has been a symbol of human existence and solution to a problem or a way out is ironically reduced to the idea of nothingness in this literal game.

Further elements of the project, following the somewhat literal entry point, circle around existential and historical considerations. In the photograms, the thread is placed on paper and leads the gaze from one edge to the other. Meanwhile, the background upon which it was placed gradually changes, like a scale of grey turning from pure black into pure white (it reminds one of the ‘no signal’ image of a TV). One loses the track of the thread in the white field not because it disappears or changes but rather because what is around it changes. Existence has been represented by the thread because of its constant value, so here one should think of the thread on white as nomen nescio – a thing which is not described, rather than is a no thing.

The neon installations explore Buddhist script, as in Buddhism the concept of emptiness is that of the highest level of existence. Both the ‘original’ script and that which was assigned to Buddha much later (and thus by majority of scholarship considered fake) are used. The works incorporating parts of the earlier texts are taking forms of installations in which the text becomes less legible. It is through a formal development either reminding of calligraphic mandalas or through overcrowding so that the amount of light emitting from the neons makes it difficult to read. On the other hand, the later script, being more comprehensible, is treated independently and given individual historical weight represented by large rocks. 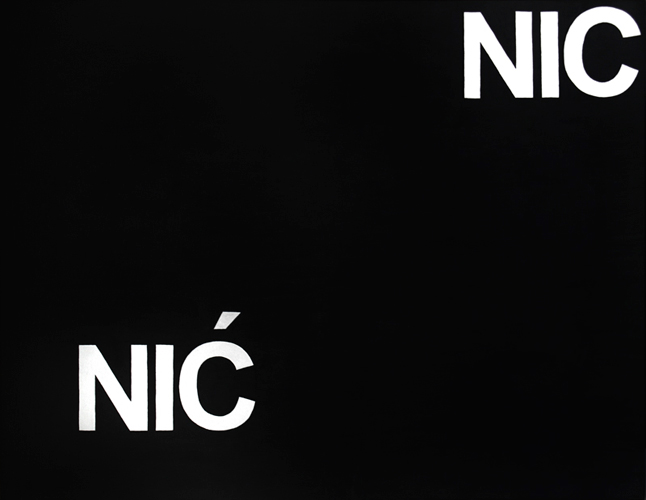 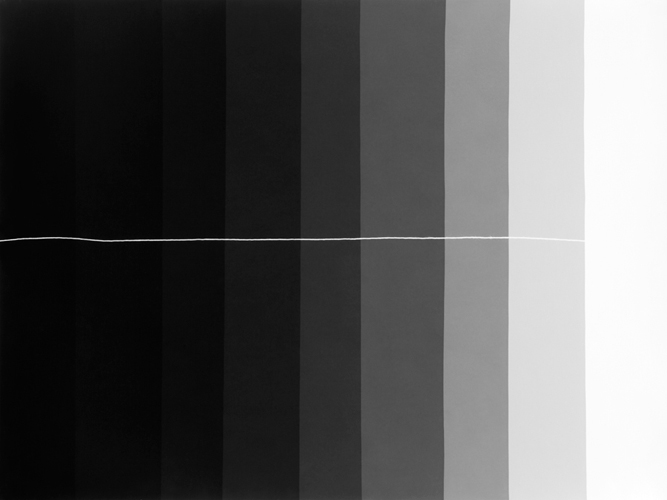 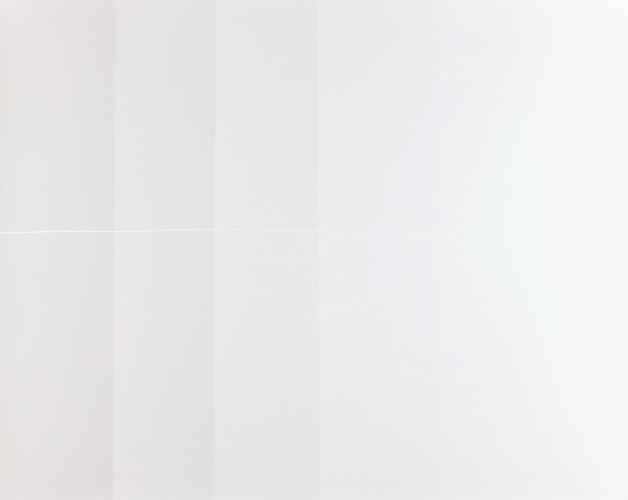 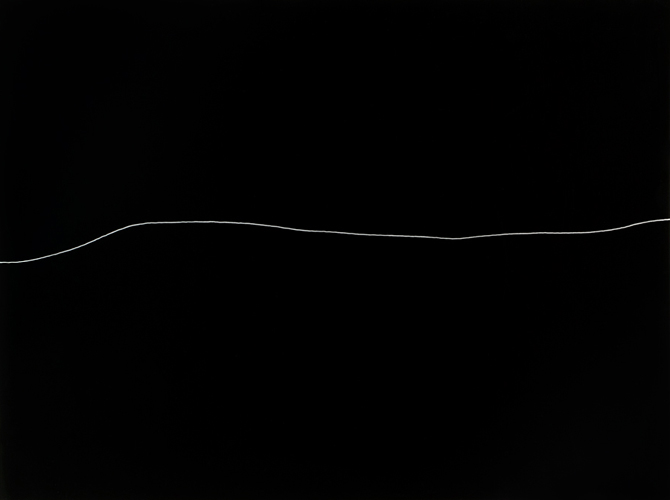 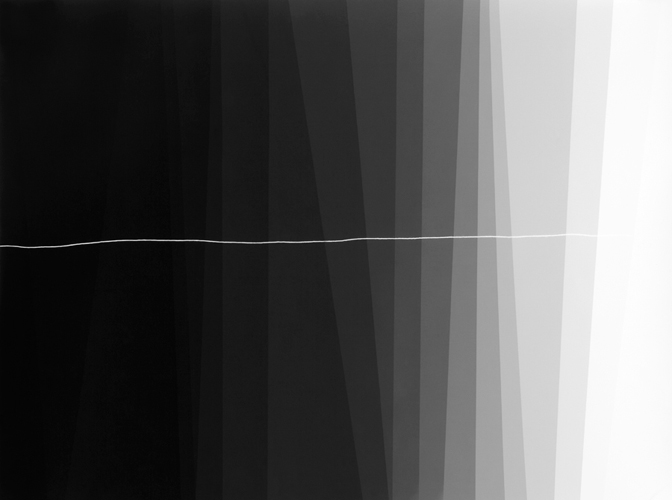 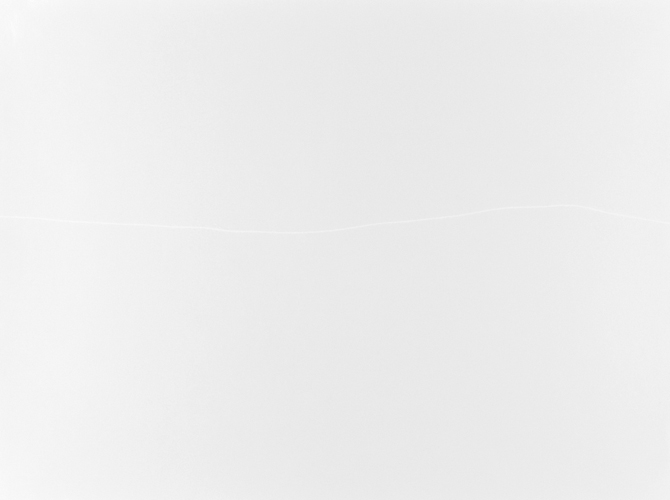 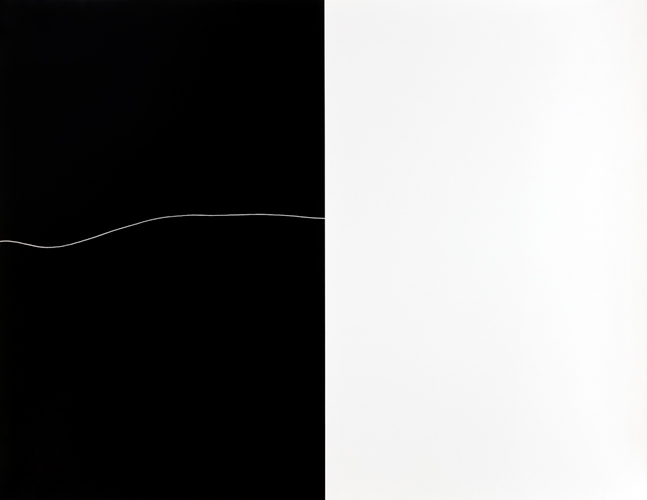 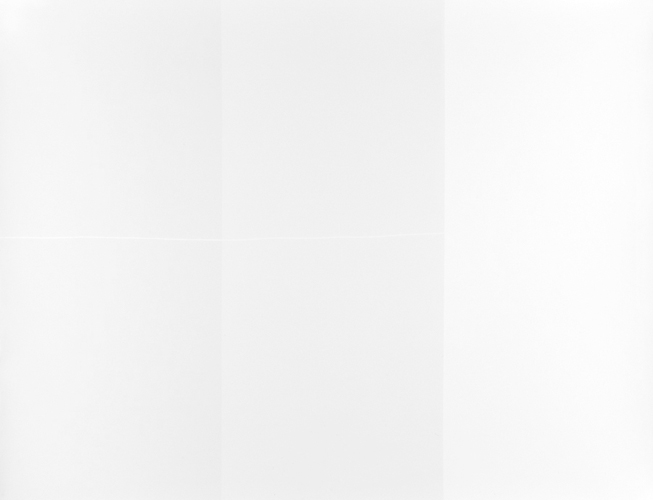 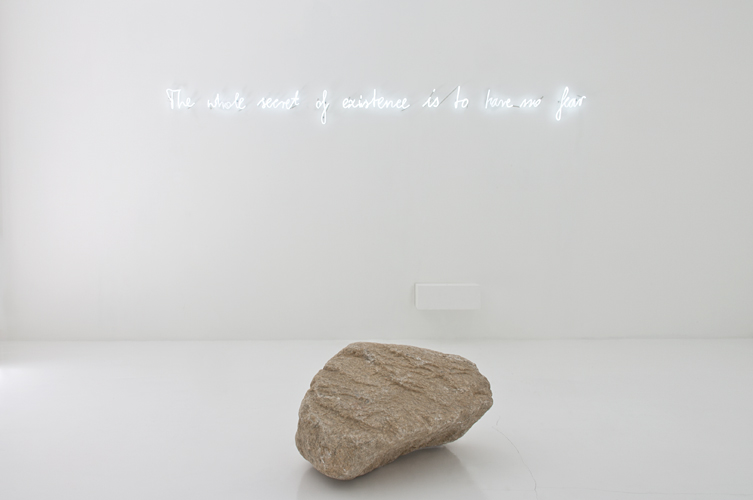 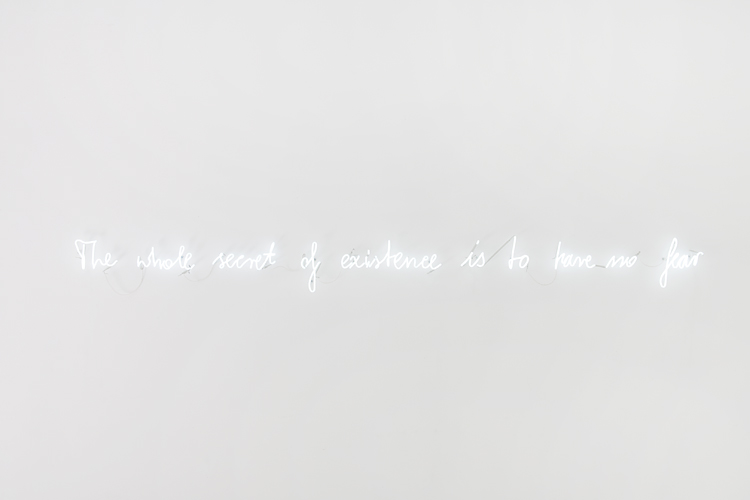