Josephine, entering the maze: The Mythology of Michal Martychowiec

This text accompanies the exhibition Josephine, entering the maze. This show is the twin of Nachricht vom letzten Menschen [Message from the Last man], the previous installation of Michal Martychowiec. It is the fourth in the current exhibition cycle mythopoesis.
It is not easy for me to write about Josephine because language binds and Josephine is something living. In her, we experience the eternally recurring transport of the sphinx. A sphinx in this case is understood as a question that can neither be obtained nor fathomed.
The artist titled this installation Josephine, entering the maze. I understand this title both as a description of an activity as well as an invitation to us: come with us into the labyrinth, follow me into the depths. At least that’s what the rabbit says to Alice-Neo in the tale by Lewis Carroll and the Matrix film by the Wachowskis.

Inside Josephine
A gentle but insistent whisper, a loving blandishment fills the room with intimacy. ‘Josephine l’histoire se passe aujourd’hui’. Josephine, history is happening today. Through the teahouse Jian, past a large, square work from the Reading history series, we enter the dark Thesaurós. In a sacral staging in the center of which we find a smartphone. On it runs a video of the entity raised to the status of an ‘unknown icon’: Josephine, on the artist’s lap, filmed frontally, nostrils bared. It is the visual level of the installation Josephine, history is happening today. With a soft voice Martychowiec speaks to his rabbit. Perhaps he speaks to it in order to alleviate our wound, which the loss of the ability to locate ourselves within history?
A performance of the double headed entity: Martychowiec – Josephine.
If we turn on our own axis, we notice that we are standing between two portraits of the same animal. In the above-mentioned video and in a large, bluish photograph, the creature looks at us and yet looks right through us at itself. Not without melancholy, the artist choose to write ‘a truth’ beneath the iconic image: ‘We are here, together, for now’.

‘What is the significance of this then?’, the artist asks, ‘Josephine stares still from the screens. State of being alive, and state of being art. And state of death and the sphere of history.’
Thus, the artist has built Josephine yet another small shrine inside the Thesaurós – which itself translates to ‘treasure house’. Josephine is here; the window on Uhlandstrasse is also adorned with her cut-up portrait.

In front of the portal: Reading history
Looking for meaning in history. To be aware of one’s own historicity, contingency and historical construction. To become aware of one’s own becoming. Not to let the overload of signs and images be a postmodern cudgel, not to become metaphysically homeless or even cynical; this is how I would characterize the core concerns of Martychowiec’s art. To this end, he is constantly looking for metaphors that are conceptually and symbolically reflecting these values.
In the shop window a big sticker of Josephine, in which two screens are embedded. They show two videos with an identical plot and a vivid difference. The artist is reconstructing a game between the two Go masters Huang Jinxian and Chen Zude that was documented in May, 1966, a few days before the start of the Chinese Cultural Revolution. But on one board sits our sweet Josephine and ‘disturbs the course of history’. She pushes down stones, she moves, unpredictable, superhuman, annoying, monumental.

The game of Go and the manifold qualities that are already symbolically embedded in the object play an pivotal role in the cosmos of Martychowiec. In his language, Go stands as a metaphor for history, indeed causality per se. It is important to note that Go is not only the most complex – in terms of the possible moves – but also by far the longest documented game in the world. Since 193 AD, complete games between princes, kings and grandmasters have been recorded. The most convincing and most important embedded quality, however, is that once a stone has been placed, it must not be moved. That is, every move, every act influences the next, the causal wheels necessarily mesh and drive time forward. Time again is deposited, layer by layer.

Apotheosis? Or who or what is Josephine?
Now that the structure and the main symbolic axes of the experimental set-up have been described, we have to face the challenging question again: Who or what is Josephine? My initial thesis was that Josephine is a symbol of life itself. She confronts us with the fundamental impossibility of grasping it or her in their entirety. This results in our becoming aware of different boundaries like the limits of language, of the sayable, of control, etc.
Just as Achilles has a dual nature as human and deified hero, the ‘being’ in the Josephine myth embodies the dual nature of animal and deified existence. The artist constructs before our eyes a story of which he himself is only to a certain extent the master. Just as an author’s characters at some point acquire an autonomous life of their own, this myth has long since made itself independent and has taken hold of its creator.
Nevertheless, Josephine is of course as much a human tool as a clearly contoured narrative of Martychowiec. With floral elegance he has made a multitude of aesthetic and conceptual decisions and offers them to our interpretation. They form the inner symbolic architecture of his works. So Josephine is called Josephine and has the surname Beuys. She is French, black and white – like her antagonist the panda – and a rabbit from the Leporidae family. We also know from her work biography that in 2016 she was chosen from three rabbits. All of them together contributed the performative part of the installation Do you believe in art? She was the chosen one. This was her first work as an art work.

Because of her rabbit-like character, Josephine also evokes a firework of references from different cultural horizons. At almost all times and in all cultures, from the Aztecs to Japan and into the Christian mysteries, rabbits or hares are present. As sacred animals they always stand for the same qualities of death, resurrection, immortality, life…
Well, that’s Josephine, a myth made flesh. She is a maze and sugar-sweet, an open question, an angel with a sphinx face, a living being, readymade, house goddess, performance partner, angel of history, Maximin, alive and evolving with each work. 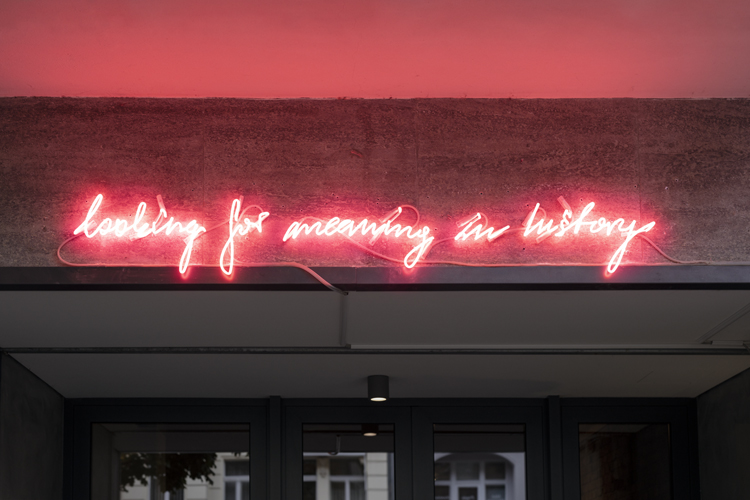 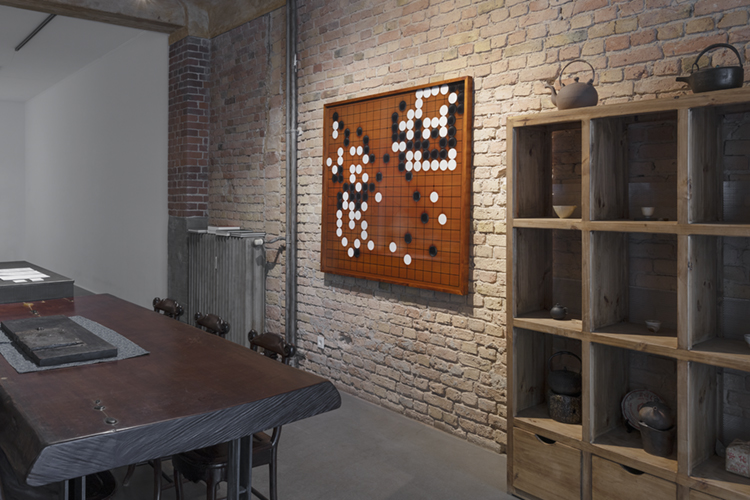 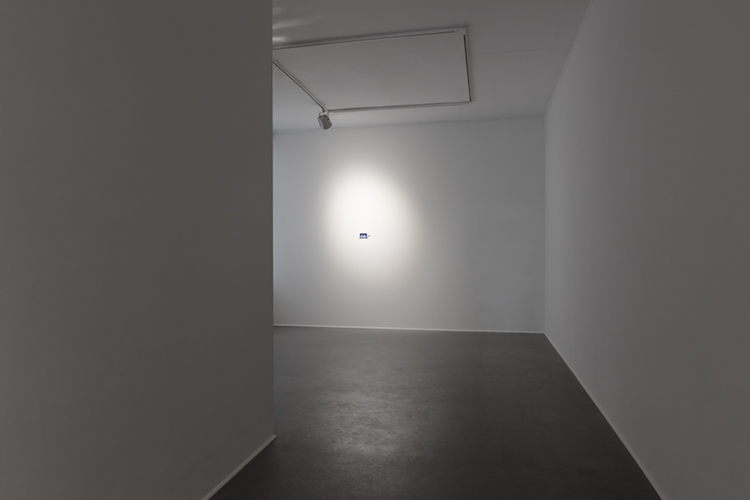 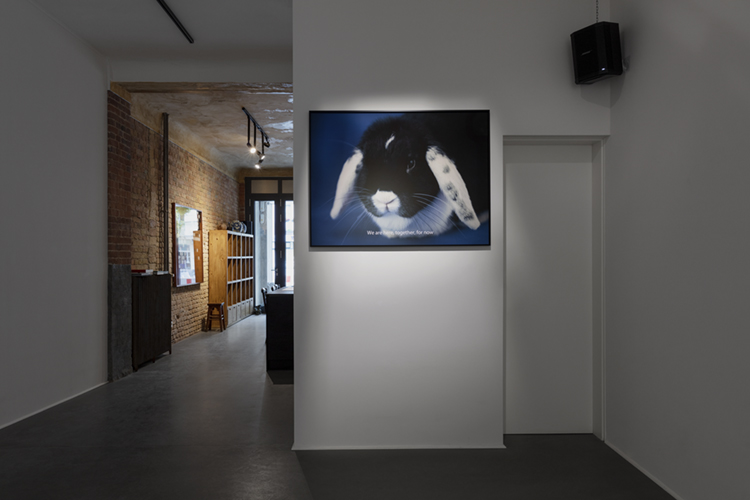 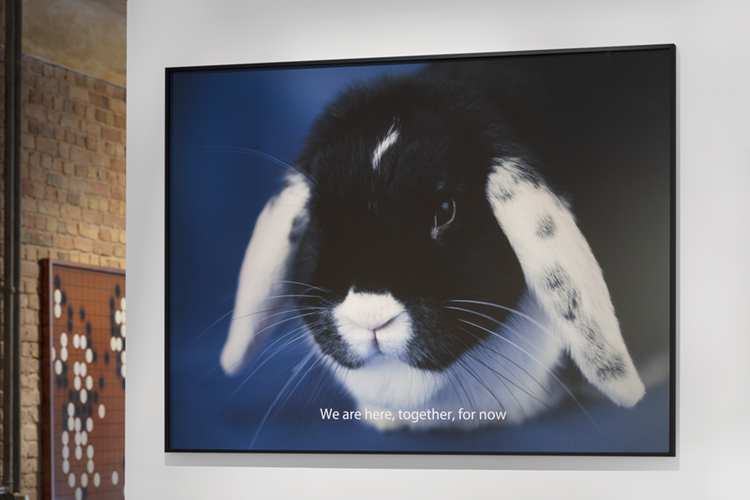