What remains the poets provide II

At Signum Foundation Gallery What remains the poets provide is placed within the structural framework of the Reading history project. The exhibition comes second (out of four in total) and gives the beginning to the further layering of narratives and stories. Some of the works which in the first exhibition (Reading history) offered only contingency of their structure acquire concrete meaning (Alphabetically A.A.I.N.S.T.V.). The story of the game reenacted at the board placed centrally in the space develops further (Reading history 2016-1846). ‘Relics’ in the form of historical Go stones are replaced with different ones and new corresponding historical events (Naming history #4 (2018-800)), however, the old stones are not removed, but instead retained in the corner, and so a new story is added to the original one. Parallelly, the main narrative of all the four exhibitions is introduced, one which in Tears of Iblis, fully prepared, is to face the heritage of modernity.

Looking for meaning in history also acquires a new perspective – the meaning cannot be found through a passive study (reading) only, but most importantly through positioning one’s actions and gestures within the context of history. And so, Martychowiec resurrects several historic pre-1968 artistic and poetic gestures. However, reintroduction of these takes a new course, for they are converted to the frame of the new political, social or cultural context and, of course, the artist’s newly created symbolic language.

One could say, these works, like Vanito Vanitas, strong, inevitably pursue their destruction in the later revolution which symbolically is to occur occur in the following exhibition. Strong, because What remains the poets provide actually reminds, that destruction was not, and could not be truly successful. In Notes from the board #5 a postcard presenting destruction of Pruitt-Igoe is installed within an instance of a game from 1100. Pruitt Igoe is symbolic because it encompasses the complete narrative of modernity: abandonment of historical consideration and form, creation of new formal and structural narrative, and the utopian vision of the future. All this only to then become a symbol of its own failure (not only of the modern social housing vision but of its very own signifier – despite modernist rejection of the value of a symbol, it ends up as one). ‘The image that survives the work of destruction is the image of destruction’ stated Malevich and so the image of modernity, which destroys the historical narrative, being destroyed, creates a certain double negation. Of course, positioning two mirrors facing one another is a common post-modern approach. Here, however, this form is framed in history, which in turns ‘destroys’ this double image of destruction by placing it in history, as just another step in the game.

The poetic gestures, which combine romantic and historical approaches, are wished through the appropriated title and realised within all the works: through a gesture of applying meaning to the letter arrangement on the shelf, through reenactment of certain historical gestures of other artists like Kazimir Malevich (Black cross), Andy Warhol (eating hamburger in a film by Jorgen Leth), Giovanni Anelmo (Hand indicating), Marcel Duchamp (Paris Air) and Piero Manzoni (Artist’s breath), or Peter Paul Rubens (The incredulity of St Thomas) and Marcel Duchamp (The bride stripped bare by her bachelors, even).
All of these past and contemporary discourses lead, however, to something more basic and paramount. Destruction or creation are, but means of leaving one’s trace behind, proving one’s existence. And so in the corner, rabbit Josephine leaves behind a print of its paw, marking its existence as a work of art (Shadows and other signs of life), after all, ‘what remains the poets provide’. 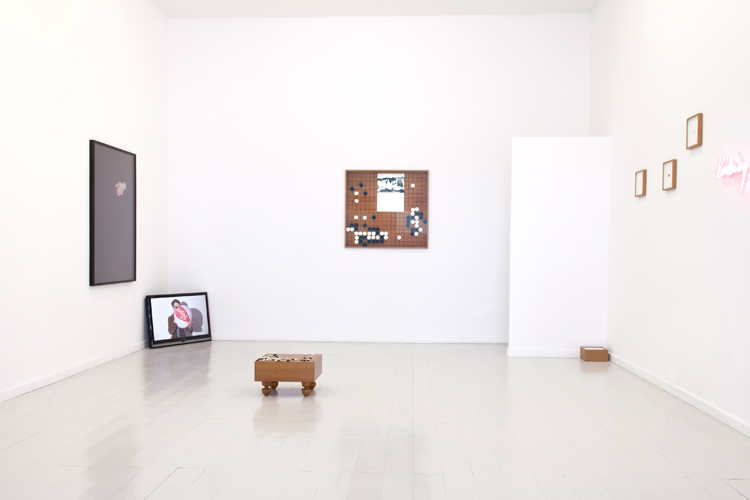 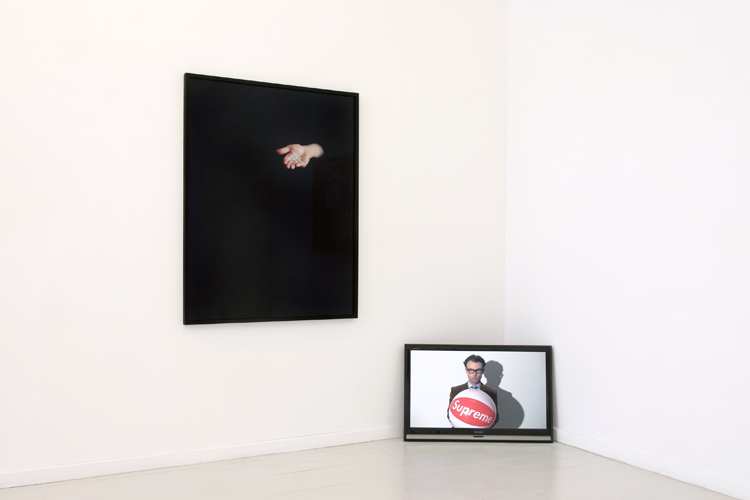 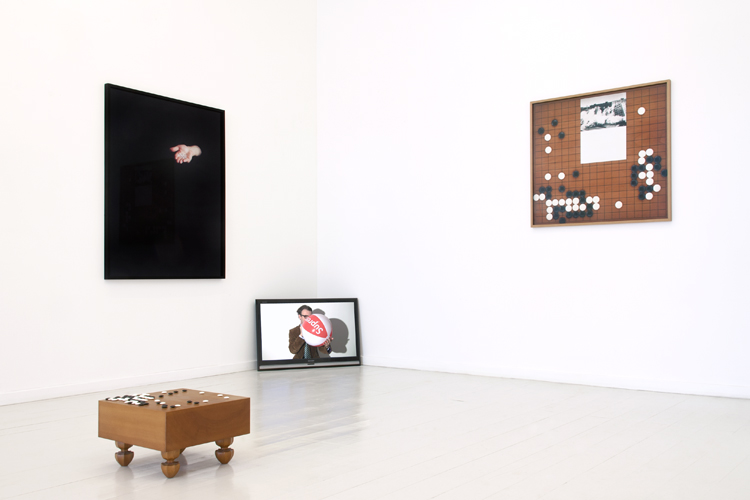 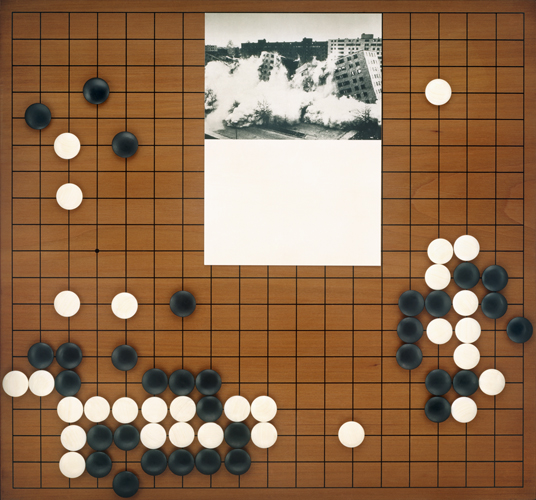 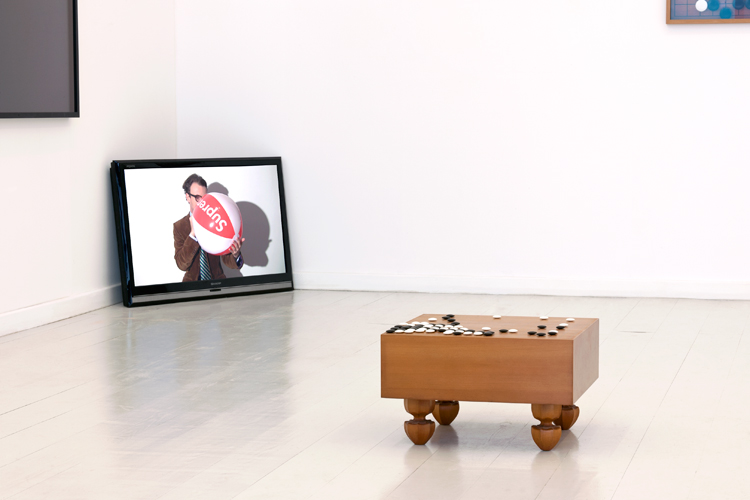 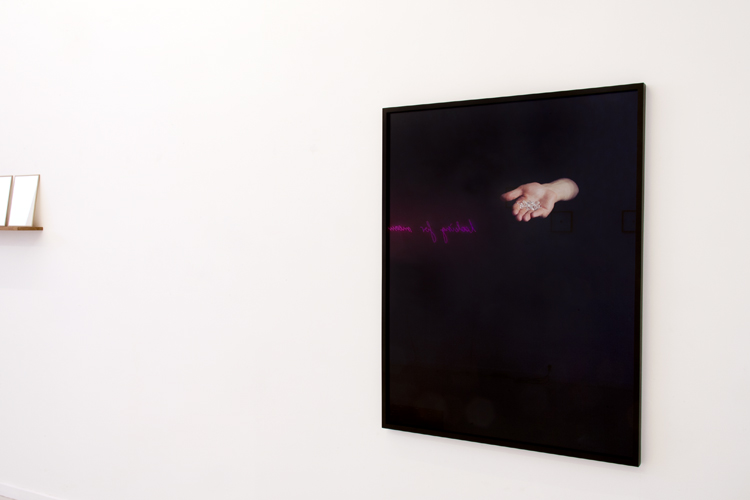 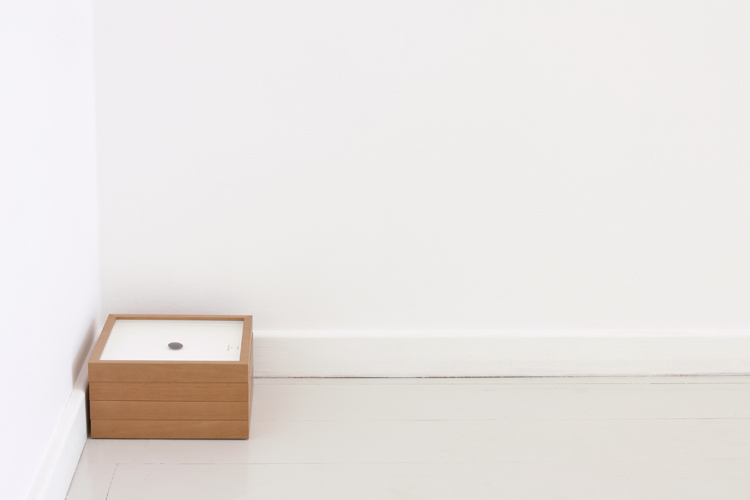 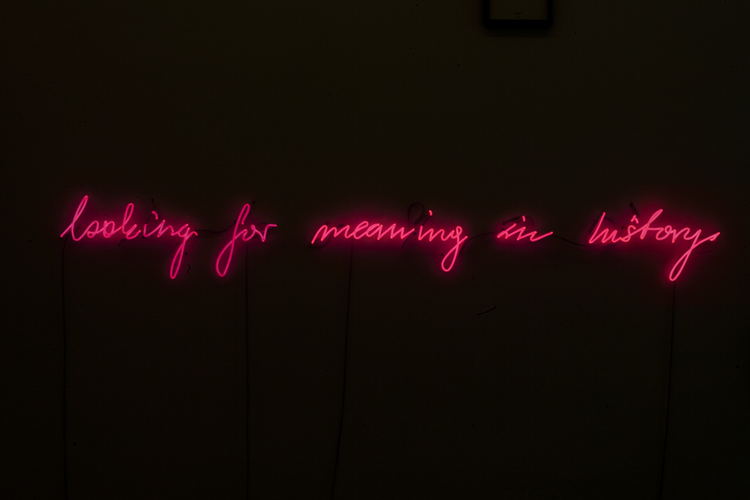 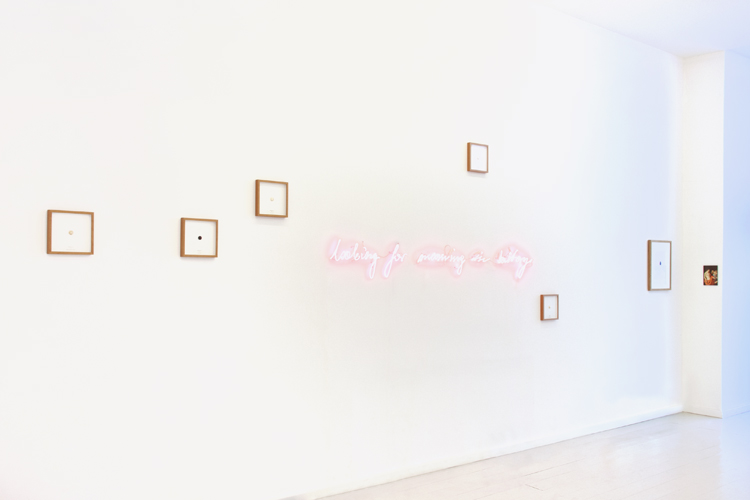 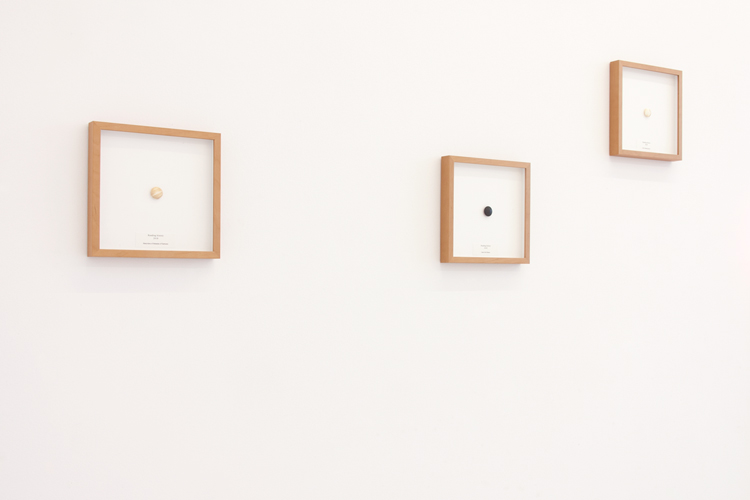 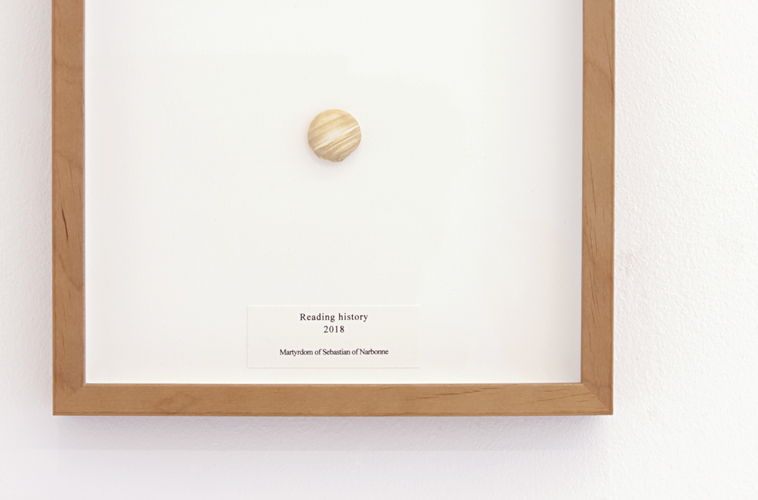 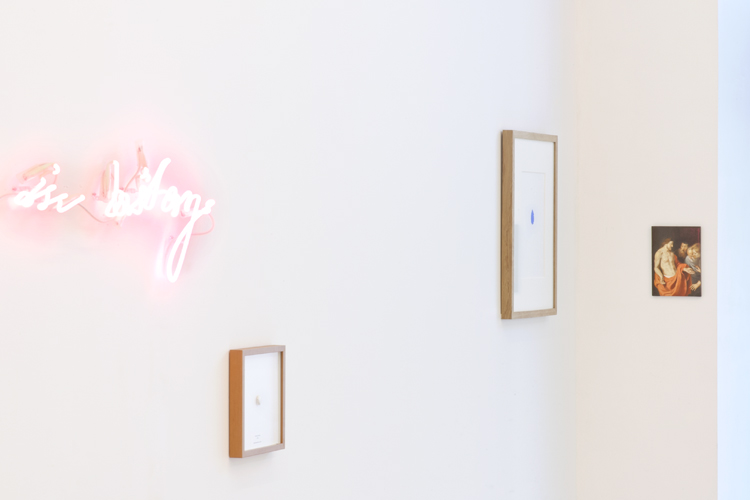 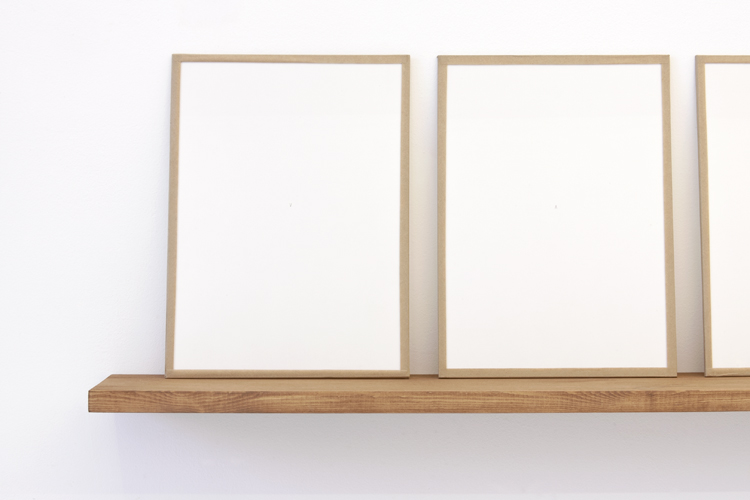 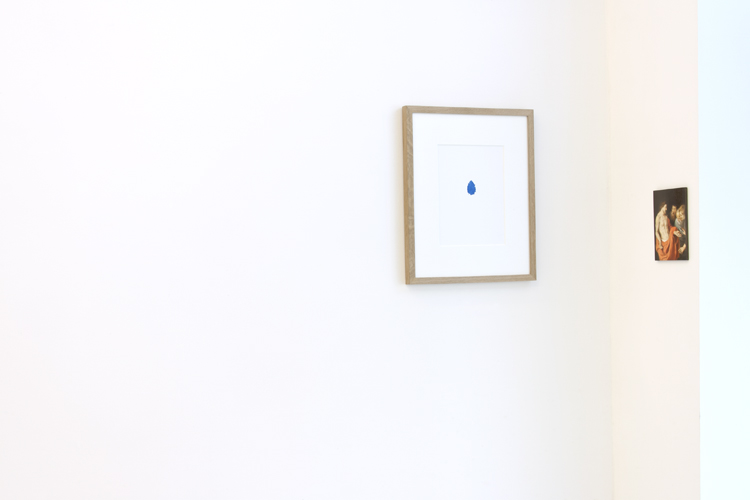 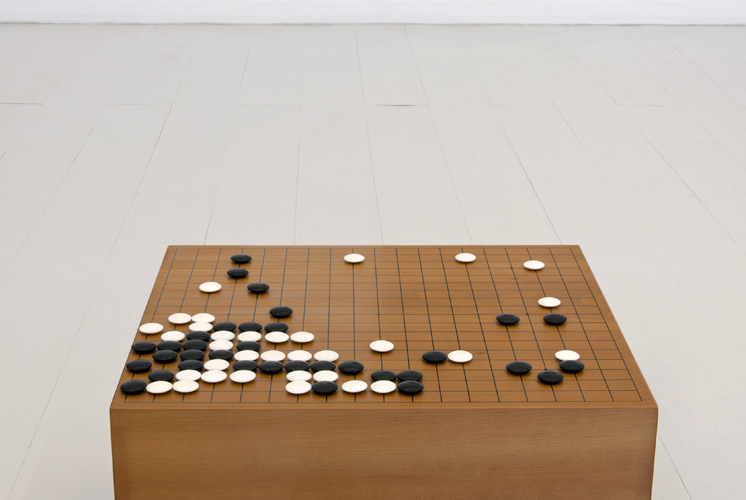